From investing in sustainable manufacturing and clean energy to improving diversity and imposing ethical guidelines, revived calls for pro-ESG reform have left many boards scrambling to keep up with the times and manage investor expectations. Money managers have begun to screen for fossil fuel-related stocks and vote against company management teams that refuse making environmentally friendly decisions.

With such stark criticism and investor backlash, ESG concerns are forcing a reassessment of risk and asset allocation at the world’s top companies. But will this new way of thinking create a wholesale reorganization of the capital markets?  What are the things that every company needs to do to be a part of the new economy and to use its business as a driving force for social change, not just profits?

Join The Deal and Jim Cramer, host of “Mad Money with Jim Cramer” and co-anchor of “Squawk on The Street” on CNBC, for a day of networking and education comprising compelling one-on-one keynote interviews and panel discussions to explore what issues are hot in the boardroom and how the world’s largest institutional investors are placing these initiatives at the center of their investment approach.

For more information about the Corporate Governance conference, view the agenda and speaker roster from our 2019 Conference.

PRE-CONFERENCE C-SUITE DINNER:
On the evening before the conference, The Deal will host an invitation-only dinner to bring together C-suite executives, board directors and the firms that serve them. Qualified registrants will be contacted about dinner attendance. Sponsor firms have the opportunity to join The Deal in this unique environment for networking and business development.  For more information, please contact Jenney Smith at [email protected] or 212.224.3022.

James J. Cramer is the Host of “Mad Money with Jim Cramer” & Co-Anchor of “Squawk on The Street” on CNBC and the Founder of TheStreet, Inc.

Jim Cramer founded TheStreet in 1996 and remains an independent contributor through his Cramer Digital production company. He currently produces daily columns and videos for TheStreet in addition to co-hosting CNBC’s Squawk on The Street and his own show, Mad Money with Jim Cramer. Cramer also runs the Action Alerts PLUS charitable portfolio, details of which he shares with members of TheStreet’s Action Alerts PLUS club for investors. He graduated magna cum laude from Harvard College and later returned and earned a J.D. from Harvard Law School after a career as a newspaper reporter. But instead of practicing law, Cramer worked at Goldman Sachs until leaving in 1987 to start his own hedge fund. He retired from active money management in 2000 to embrace media full time and has authored seven books on investing. 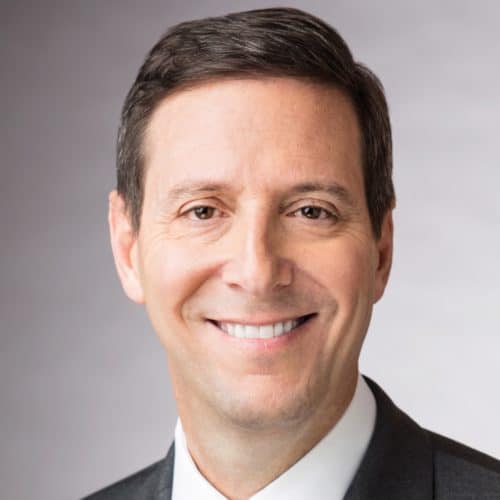 Scott A. Barshay is Global Head of Paul, Weiss’s Mergers & Acquisitions Practice and has been widely recognized as one of the country’s leading activist defense and M&A lawyers.

Scott has also represented clients in many of the biggest and highest-profile M&A transactions in recent years, including Anheuser-Busch InBev in its $107 billion acquisition of SABMiller; Honeywell in its $90 billion proposal to acquire United Technologies; The Kraft Heinz Company in its proposed $143 billion acquisition of Unilever; Qualcomm in connection with a $130 billion unsolicited offer from Broadcom and its $47 billion acquisition of NXP; Starwood Hotels in its $13.6 billion sale to Marriott International which was contested by Anbang; United Airlines in its $7 billion merger of equals with Continental Airlines; and 3G Capital and H.J. Heinz in the $60 billion Kraft/Heinz merger. 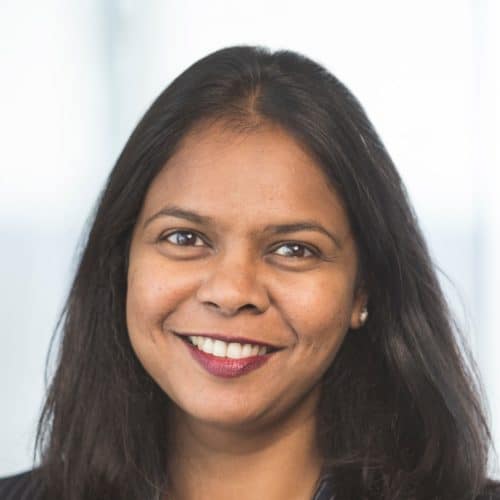 As Head of ESG Investments, Rakhi leads SSGA’s efforts to strengthen integration of ESG into the investment process. She is responsible for developing the firm’s ESG investment philosophy and global business strategy. As Head of Asset Stewardship, she oversees all of SSGA’s proxy voting and engagement activities and is responsible for developing SSGA’s thought leadership and voting guidelines in this area.

In 2017, Rakhi was honored with the Abigail Adams Award by the Massachusetts Women’s Political Caucus and was named on the Ten to Watch list of innovators and influencers in 2018 by wealthmanagement.com and on the Power50: Newsmakers list by the Boston Business Journal for her efforts to enhance gender diversity on company boards. She was also named to the 2017 and 2016 NACD Directorship 100, the annual list of the most influential people in the boardroom and on corporate governance. In 2015, she was a recipient of the North America Industry Leadership Award by the 100 Women in Hedge Funds group for her work in the field of corporate governance. Prior to that, Rakhi was named as one of the ten most influential people in corporate governance in 2014 by the Global Proxy Watch magazine.

Rakhi earned her MBA (’02) from Yale University and her Bachelors of Commerce (’95) from Bombay University. She has been a member of the Institute of Chartered Accountants of India since 1997. A partner and co-chair of the Litigation Department, Ted Wells has extensive experience in white-collar defense and complex civil and corporate litigation, including SEC investigations, healthcare fraud, FCPA, AML and OFAC investigations, high-profile environmental matters and complex class action litigation. For more than three decades, prominent business figures and politicians, and leading companies in a range of industries have entrusted their gravest legal challenges to him. In particular, Ted is among the nation’s best-regarded trial lawyers, having tried numerous multibillion-dollar cases before judges and juries.

The National Law Journal named Ted one of “The Decade’s Most Influential Lawyers” in 2010 and over the years has repeatedly recognized him as one of the 100 most influential lawyers in America, including naming him the “Lawyer of the Year” in 2006. Ted has also been recognized as one of the outstanding jury trial lawyers in the United States by numerous publications, including Chambers USA, which has noted that Ted “is considered by many to be ‘the best trial lawyer in the country.’” Since 2013, Chambers USA has named Ted a Star Individual in three categories: nationwide trial litigation, New York general commercial litigation and New York white-collar crime and government investigations. Benchmark Litigation has named him in similar categories, and The Legal 500 has recognized him as a Leading Lawyer in white-collar criminal defense and as a Leading Trial Lawyer. Additionally, in 2018, Chambers USA named Ted a Recognized Practitioner in sports law, and The Legal 500 recommended him in the antitrust-cartel category. Ted has also been named to The National Law Journal’s 2015 “Litigation Trailblazers” list, which honors 50 individuals who have changed the practice of litigation through the use of innovative legal strategies. Ted has been named The American Lawyer’s “Litigator of the Week” multiple times, including in 2019 for his successful defense of New Jersey governor Phil Murphy in a high profile preliminary injunction matter. In 2017, Ted received the New York Law Journal’s “Lifetime Achievement” award.

When it comes to environmental, social and governance issues, what is the right mission and purpose for a corporation in 2020? Are the markets heading toward a wholesale reorganization? As Larry Fink of BlackRock suggests, is there a need for a new type of index that measures not only a company’s performance financially but its effect on and contribution to the world on an environmental and social level? How can positive change be achieved at the governance level?

Diversity isn’t just a mandate from a federal or state agency; it’s a necessity for successful business. But diversity isn’t always easy, and enacting such change can often come at a snail’s pace. What are companies doing to encourage diversity from top to bottom both in terms of gender divides but also racial and cultural divides? How do companies operating in multiple jurisdictions where such standards may differ navigate such circumstances?

No matter the best efforts of a leadership team, crisis can hit anywhere and anytime. How does a company handle a major environmental disaster, human tragedy or executive corruption scandal? How do you handle a CEO who is undermining the principles of the company? How do shareholders and board members respond — and what steps should companies take — to reduce permanent long-term damage from these types of crises?

●
Going Carbon Neutral: The Earth Is a Stakeholder

Shareholders and management teams at the world’s top companies aren’t the only ones invested in sustainable practices to reduce carbon footprints. The earth, an often-overlooked stakeholder in global commerce, is perhaps the one with the most to lose in the fight against carbon emissions. What is the best path toward going carbon-neutral? How are companies attracting investment and support from shareholders in a shift toward more eco-friendly practices? How do companies shift toward carbon-neutral and sustainable practices without gravely sacrificing profits? Does all of this really matter?

How do the needs of a company’s management team align with the needs of those on the floor or those of customers? How do companies enact sustainable and profitable practices without short-changing customers? How do companies manage shareholder concerns and sustainable practices with price controls and customer management? Are there correlations between employee morale, share performance and customer satisfaction?

The Corporate Governance conference attracts senior executives, board members and investors from a variety of sectors.

Thanks! A member of our team will be in touch shortly.

Join senior journalists from The Deal for an exclusive conference which will examine the current state of shareholder activism, outline best practices and provide vital guidance around the new age of activism in Europe.

Corporate Governance Japan 2020 explores the barriers for activists operating in Japan. Leading investors and corporate executives will examine the types of governance initiatives, assessments, engagement programs and communication strategies companies should institute in readiness for when an activist comes calling.