At the onset of the Covid-19 pandemic, companies were presented with unprecedented roadblocks to doing business. Face-to-face meetings became impossible, especially across borders. In response, the corporate, private equity and banking worlds relied on interactive virtual tools to maintain important relationships and navigate deals. Today, as these organizations consider their business interactions in a post-pandemic world, new challenges are arising. Workforces are split between a desire to get back to the office and retain the freedom of the work-from-home lifestyle. Some firms are urging employees to prepare for a return, while others are touting continued remote working capabilities as a competitive advantage.

As these dueling perspectives emerge, operations executives must weigh the pros and cons of their firm’s tactics during and before the pandemic and decide how to develop the proper support infrastructure for the hybrid model of the future. Banks and other advisers, meanwhile, must determine how to best meet the needs of these clients. Will travel budgets ever return to pre-pandemic levels? Are your organization’s data and information security infrastructure strong enough to support a hybrid workforce? Can one firm remain largely virtual while remaining relevant and competing with another that conducts business almost entirely in-person?

Join us on July 21st as The Deal sits down for a live discussion with Williams Lea, who has surveyed the market for these answers as they seek to solve the most critical shortcomings in virtual and in-person transaction processes.

Mr. Suehnholz joined Greenhill in 2011. He principally advises financial sponsors and corporate clients across a wide range of industries on a variety of M&A and corporate finance transactions.

Mr. Suehnholz joined Greenhill in 2011. He principally advises financial sponsors and corporate clients across a wide range of industries on a variety of M&A and corporate finance transactions. Patrick also serves as the Chief Operating Officer of Investment Banking as well as the Director of Investor Relations.

Prior to Greenhill, Patrick was an analyst in the Real Estate group at UBS.

Patrick is a Trustee of the Archaeological Institute of America. Adi J. Blum, Managing Director, is a member of the Global Energy & Power Infrastructure team at BlackRock, which currently manages $7 billion for investment in the power, midstream, utility and other areas in the energy sector. BlackRock acquired the Funds in 2017, which were created and built at First Reserve, a private equity firm that has been investing in exclusively in the energy sector since 1983. Mr. Blum is responsible for investment origination, execution and exit strategy, focusing on the energy infrastructure sector.

At First Reserve, Mr. Blum was a Managing Director on the Energy Infrastructure team. Adi led the Firm’s investments with key industry partners in Latin America, such as Los Ramones II, Mexican Clean Fuels Infrastructure and La Bufa Wind, and he also led the Firm’s teams for the Limetree Bay, First Caribbean Power & Midstream and SunReserve investments. Prior to joining First Reserve in 2011, Mr. Blum was a Vice President at High Road Capital Partners, a middle market private equity firm, where he executed several investments and served on the Boards of those companies. Prior to High Road Capital Partners, he was an Associate in Citigroup Markets & Banking’s Mergers & Acquisitions group. 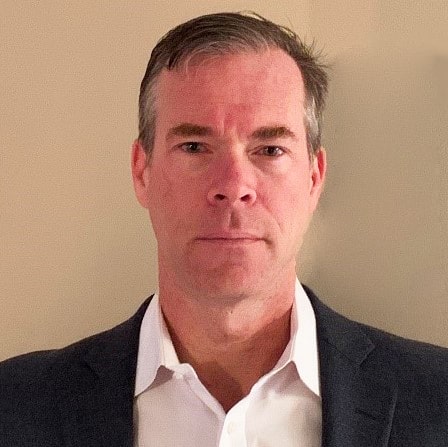 In his 21 year tenure with Williams Lea, Ed has held a variety of Operational and Account Management roles within the business and has built global operations inclusive of existing and new client start-ups, offshore operations and bespoke BPO solutions across various financial and professional service lines. Ed is responsible for driving innovation and new initiatives within the existing service scope, identifying new areas of opportunity, as well as leading global teams to provide superior service and achieve exceptional performance standards.

Ed holds a BS in History from the State University of New York at Oneonta.

A brief summary of the webcast and its findings.

Will the market start to see an increase in distressed M&A? While distressed transactions come with greater risks than “healthy” acquisitions, the benefits of lower costs and legal protections for the buyer could outweigh the risk.

ESG and Sustainability concerns are now playing a prominent role in how companies around the world operate, and how investors allocate their capital.