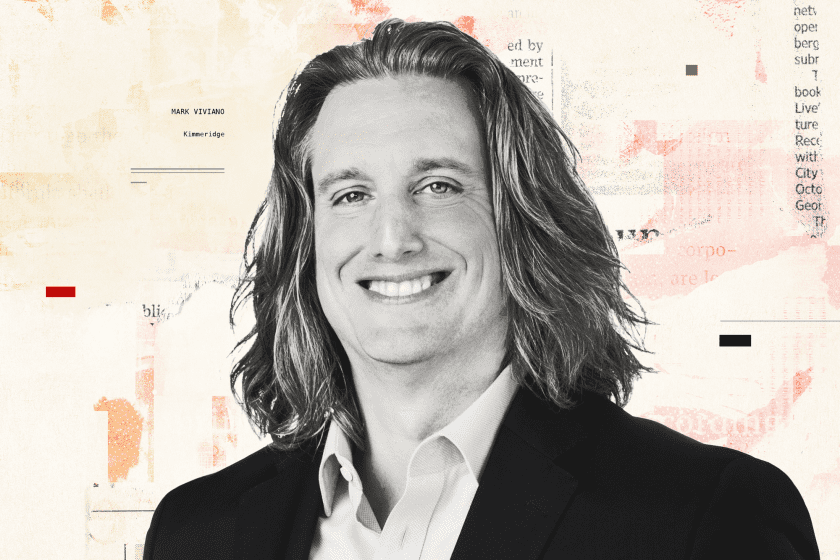 An ideal company for the energy transition, according to Mark Viviano, is one that generates significant cash flow from oil production and pumps it into carbon storage.

“Our most recent investment, California Resources, is a mature California oil producer with the potential for a high-growth carbon capture business,” Viviano said. “Do those belong in the same company? You can argue that an ideal investment in the energy transition is a company that is generating significant free cash flow today from its oil production but it is going to be converting its depleting reservoirs into carbon storage and real estate development.”

He added that companies that can build a carbon capture business on the back of a depleting energy business are going to “be differentiated.”

Viviano also discussed another target, Ovintiv Inc. (OVV), which settled with Kimmeridge in March 2021 to add one of the fund’s nominees and subsequently took steps to cut back on flaring natural gas.

“If a company is producing gas, doesn’t have a pipeline connected to the well to move the gas to market, it flares that gas, which means lighting a big flame and releasing methane into the atmosphere,” Viviano told AIT. “Methane has a dramatically bigger impact on the environment than CO2 emissions. The industry needed to stop flaring gas.”

He noted that in fall 2021, after the settlement, Ovintiv said it was already in alignment with the World Bank Zero Routine Flaring initiative, even though, before the fund’s involvement, it “didn’t have any environmental targets.”

As far as compensation, Viviano argued that executives should receive increased change-of-control payouts if the departing CEO agrees to take stock in the combined company. He argued this “would effectively align them with shareholders” and “incentivize much needed consolidation in the industry.”

Viviano added that after Kimmeridge raised the issue in a November 2020 paper, Whiting Petroleum Corp. highlighted in its 2021 proxy statement, post-bankruptcy, that CEO Lynn Peterson would take one-third of his change-of-control pay in restricted stock in a combined company, with a mandatory holding period, once a deal was announced.

In March, Whiting Petroleum announced a combination with Oasis Petroleum Inc. to form Chord Energy Corp. (CHRD), a $6 billion company. At the time, Kimmeridge owned 4.9% of Oasis, and the fund was very supportive of the deal, Viviano said.

“We’ve had one merger in the E&P sector this year, and that was Oasis and Whiting,” he said. “We are constantly looking at, ‘How do we reform change-of-control premiums so companies are incentivized to consolidate?’”

Viviano said he joined Kimmeridge after 17 years at Wellington Management Co., an active investment fund that he said, “wasn’t set up culturally or organizationally for activists.”

Kimmeridge, which was formed in 2012, launched a public investment strategy in 2020 focused on change in the oil and gas industry through engagement and activism.

Check out the podcast with Mark Viviano below: