The chief of Schulte's shareholder activism group explains why he believes ‘there was clearly something wrong’ with Elon Musk’s initial disclosure of a big Twitter investment. 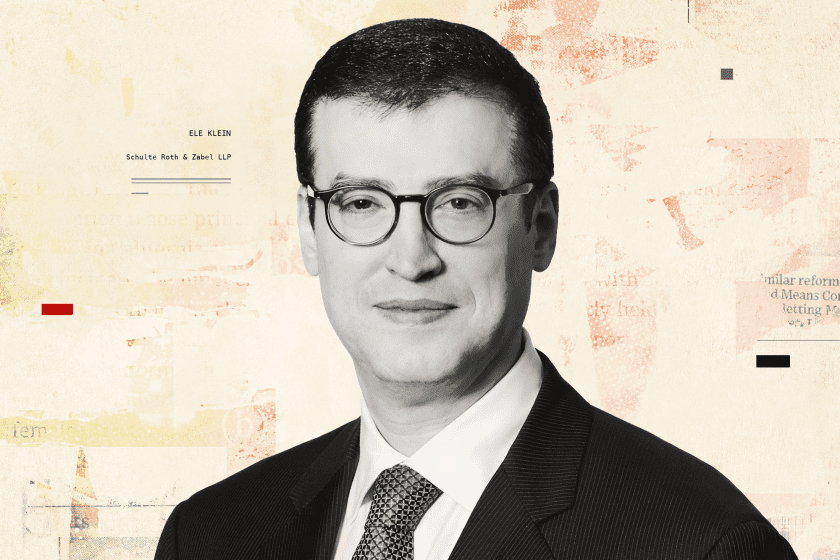 There was clearly something wrong with Elon Musk’s initial disclosure of a 9.2% stake in Twitter Inc. (TWTR) Monday, April 4, but it’s not clear whether the Securities and Exchange Commission will pursue the situation.

Ele Klein, partner at Schulte Roth & Zabel LLP and co-chair of the firm’s global shareholder activism group, made the comments on the latest episode of The Deal’s Activist Investing Today podcast about the recent blockbuster Twitter disclosures of the billionaire Tesla Inc. (TSLA) founder. Klein also discussed SEC derivatives proposals and the intersection of ESG and activism.

Klein noted that Musk filed a passive Schedule 13G as an individual, which meant he was responsible to disclose his position within 10 days of owning more than 5%. Musk, however, said in his 13G that he crossed the 5% threshold on March 14, which meant he needed to file the report with the SEC by March 24. No filing was made until Monday, 11 days late.

“A lot of people are talking about the fact that at least in the 11 days after he had to file the 13G people were trading at what seems to be a false price, because once he filed the stock jumped tremendously,” Klein said. “There are definitely issues, but whether the SEC is willing to examine just on those points, who knows.”

Another key point: Twitter on Tuesday reported that it was adding Musk, a vocal critic of the social media giant, to its board, in a deal that limited him to owning no more than 14.9% in stock.

Klein, however, said that when an individual is in discussions about getting a board seat, it is an “aggressive” interpretation of disclosure rules to file on a passive Schedule 13G, not a Schedule 13D, which is typically filed when a shareholder has plans to discuss strategic or other options with the business. After Twitter disclosed it was adding Musk to its board, Musk on Tuesday filed a 13D reporting his board agreement and stock ownership limitations.

“We don’t know whether they were light discussions. Did they cross a line? Did they not have substantive discussions until later?” Klein said. “We don’t know what the SEC’s interest has been looking into this, and we know [the SEC has] been involved with Elon before, and therefore they may be interested or they may have other things to deal with.”

Finally, Klein added there appeared to be a small difference between the number of shares Musk reported on the 13G versus the 13D, with no obvious trading in between.

Check out the podcast with Ele Klein here: The Deal explores the successes and failures of the biggest names in the activist game in 2021.
View All From Activism