Hosler, who heads Bryan Cave Leighton Paisner's corporate and finance transactions group, talks about her experiences as a Latina M&A lawyer and her desire to help create a more diverse workplace on the latest Drinks With The Deal podcast. Stephanie Hosler long resisted joining senior management at Bryan Cave Leighton Paisner LLP, where she had built a successful career as a St. Louis-based M&A partner, she says in this week’s Drinks With The Deal podcast. Her reluctance stemmed from her enjoyment of her practice as well as from a fear that such a role “would create a target on my back” and make her “open to more criticism.” As a Latina, Hosler says, “I’m a lawyer of color, and as a lawyer of color, I did not want to open myself up to that.”

But when asked earlier this year to become a member of the firm’s management committee, she seized the opportunity. Last year, she says, she participated with other Latina women in an executive leadership program sponsored by the Hispanic National Bar Association. The group developed a close bond, and when she told them of the offer, they said she should “imagine the change you can create in that position. That’s what spurred me to take this on.” Hosler, the global department leader of BCLP’s corporate and finance transactions group, had long been frustrated by the lack of diversity in large law firms, and, she says, “For the first time, I thought I could create something great and make a difference.”

Clients have realized that more diverse legal teams help lead to better outcomes, Hosler says, and are pushing their law firms to create such teams. At the same time, “The attorneys who mentored me did not look anything like me and did not have a childhood or background like I had,” says Hosler, who grew up in Gary, Ind., as the daughter of two immigrant parents. “But they wanted to relate to me and teach me. They helped me navigate the legal profession. They would help me in dealing with issues. They listened to me and gave me advice and had my best interests at heart.” Davis Polk's Daniel Brass discusses the challenges of cross-border dealmaking and lessons he learned when he started practicing in New York after starting his career at Slaughter and May in London. 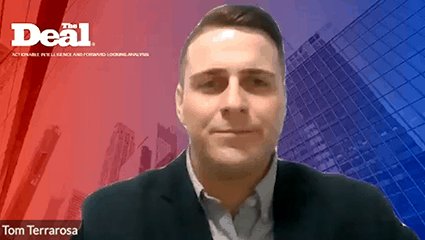 The Deal and Troutman Pepper discuss key drivers in healthcare services M&A that have developed in the wake of the Covid-19 pandemic.
View All From Mergers & Acquisitions