Stebbins discusses her work with Gucci, Westfield and Apax; her thoughts about building and strengthening client relationships; and her deep ties to Georgetown on this week's Drinks With The Deal podcast. 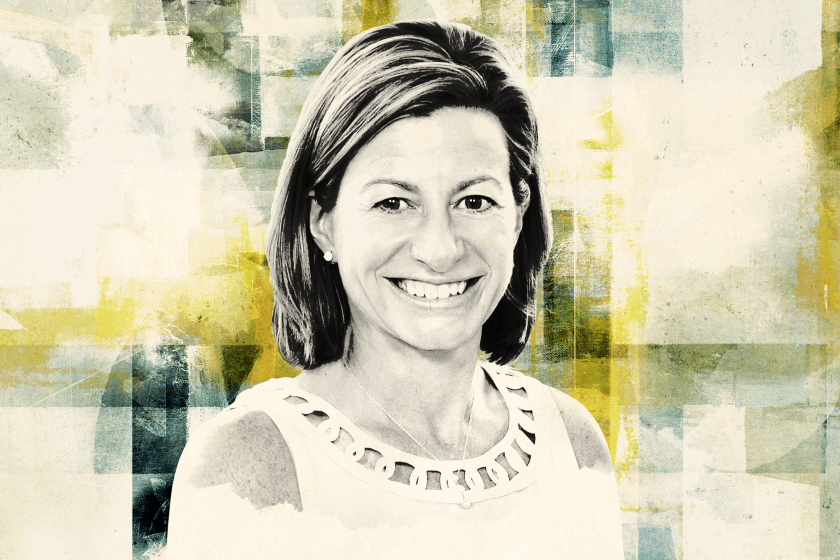 Ann Beth Stebbins made partner at Skadden, Arps, Slate, Meagher & Flom LLP in London in 2004 after working on two of the most important European hostile takeover battles of the era. She advised Gucci on its successful 1999 defense against LVMH Moët Hennessy Louis Vuitton SE and Westfield Corp. on a 2002 bid for Rodamco. Westfield ended up teaming with Rouse Co. and Simon Property Group Inc. (SPG) to buy the Dutch company’s U.S. malls.

A month after making partner, Stebbins said on this week’s Drinks With The Deal podcast, she got engaged to Robert Stebbins, a partner at Willkie Farr & Gallagher LLP whom she met when he was representing Simon on the Rodamco deal. She had to tell Peter Atkins and Roger Aaron, who were then running Skadden’s M&A practice, that she would come back to New York.

But, she said, she was fortunate to return at a time when U.S. M&A was booming, and in 2010 she and Skadden’s Paul Schnell did a deal in Brazil for Apax Partners LP. The London private equity sponsor has become one of Stebbins’ most important clients, which has informed how Stebbins thinks about institutionalizing relationships with clients.

“Succession planning can never start too early,” she said. “The deeper the bench, the more you solidify the relationship with the client.” During the pandemic, Stebbins has worked on strengthening Skadden’s relationships with directors by helping to launch The Informed Board, a collection of article for directors. As part of that effort, she did a podcast with her husband about his stint as general counsel of the Securities and Exchange Commission from 2017 to 2020.

“It was a fantastic experience for him, but also for me,” Stebbins said. “You get a completely different perspective on how the SEC and government in general works.”

Stebbins also taught her M&A course this spring via Zoom at Georgetown University Law Center, from which she graduated and where she is on the board of visitors. And as a proud “New Jersey girl,” she said, she plans to add to the 200 Bruce Springsteen shows she’s seen when The Boss returns to live performances.