Lincoln Road teams up with Trivest to build up its road construction and maintenance platform as the sector grows in the high single digits even without fresh infrastructure funding from the federal government. Jeff Magny, founder and managing partner of Lincoln Road, said with or without Congress’s infrastructure bill, the paving sector is growing in the high single digits per year as money flows to build new roads and fix up old ones across North America.

Looking out on the deals landscape in 2021, buying opportunities outpace any time since Magny launched Miami-based Lincoln Road in 2015, after working as senior vice president at Sun Capital Partners Inc.

“I haven’t seen an M&A pipeline as robust as the one we have for Brothers throughout my career,” Magny said. “We’re laser-focused on executing on the opportunities directly in front of us.”

Lincoln Road Capital remains one of many PE firms that could potentially benefit from additional U.S. infrastructure spending, as Congress moves toward passing a potential $1.2 trillion bill.

“More infrastructure spending, either through direct federal assistance or through environmental and social mandates that require capital spending, will generally expand the investment opportunity set for infrastructure funds by increasing the demand for new projects,” North Sky Capital managing director Adam Bernstein said in an email. “Funds that are focused on sectors expected to receive the bulk of the attention in the current draft legislation — specifically, environmental infrastructure and transportation — will benefit the most from this opportunity expansion.”

The menu of potential deals for PE firms includes adding on to current platforms, acquiring new platforms or investing directly in infrastructure projects. Some PE firms may look to retool portfolio companies that are interested in government contracting work for infrastructure, he said.

For its part, Lincoln Road launched its paving platform under the name Landmark Paving in December, through the combination of DH Striping and Lynne Services. In July, with backing from Trivest Capital LP, the firm invested in Brothers Paving & Concrete — a deal that quadrupled the size of Landmark Paving. Lincoln Road renamed the combined company Brothers Paving after the deal.

“Our culture, track record as specialists, history of working with founders and successfully executing buy and builds across industries, in addition to our partnership with Trivest, helped us prevail and win the deal for Brothers,” Magny said.

Lincoln Road sees M&A moving into the fast lane for the Manassas, Va.-based company with more than 200 customers throughout the Southeast and Mid-Atlantic.

Even with no additional spending boosts from Washington, the paving industry was already valued at $26 billion in 2019 and growing by about 8% a year, according to industry estimates.

Lincoln Road identifies healthy businesses, not turnaround stories. The firm looks to take companies with $5 million to $10 million of Ebitda up to $30 million. 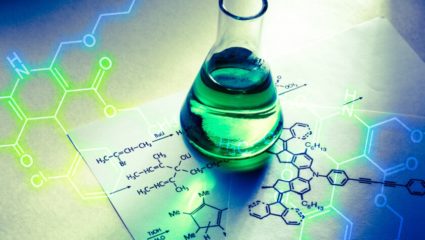 Ampex Brands, a franchisee of Yum Brands and 7-Eleven, announces the purchase of Dallas-based restaurant chain Bellagreen, its second deal for an actual brand and yet another example of a franchisee shifting into being a franchisor.