The first quarter of 2021 was a frenetic period for de-SPAC transactions.

There were almost as many combinations between a SPAC and an operating company announced in the first quarter of 2021 as there were in all of 2020, which itself saw much activity as the prior five years combined according to PrivateRaise, The Deal’s proprietary data service tracking U.S. SPAC activity and private placements larger than $1 million.

Through March 29, there had been 91 such deals with an aggregate acquisition value — essentially the equity value of the operating company — of $215 billion, compared with 98 such deals last year worth a total of $157 billion. Between 2015 and 2019, there were a total of 105 deals worth $82 billion.

Beyond the sheer amount of activity, there were at least three notable trends in the Q1 de-SPAC tsunami, each of which is illustrated by a recent deal. On March 21, Thoma Bravo Advantage (TBA) announced an agreement to combine with ironSource Ltd. in a deal that values the Tel Aviv-based software company at $11 billion and includes a $1.3 billion PIPE.

The transaction came two months after TBA — the first SPAC backed by private equity sponsor Thoma Bravo LP — went public in a $1 billion IPO on Jan. 20. The deal demonstrates how an experienced dealmaker creates something that stands out and how SPACs are casting a wider net geographically as more of them are looking for merger partners.

The SPAC market has also become a place for second chances, as evidenced by the $9 billion combination of WeWork Cos. Inc. with BowX Acquisition Corp. (BOWX) announced March 26.

WeWork was eyeing a $57 billion IPO in 2019 when investors began questioning its business model and the coworking company instead opted for a $5 billion investment from Softbank Group Corp.

That investment inspired almost a year’s worth of litigation in the Delaware Court of Chancery that finally settled in February, paving the way for the de-SPAC with BowX.

The new board will be composed not of WeWork’s choices but investors charged with keeping a close eye on the company.

Then there is the combination between Churchill Capital Corp. IV (CCIV) and EV Lucid Motors Inc., an example of the frenzy surrounding the SPAC market especially in hot sectors like electric vehicles. Rumors of the deal sent CCIV stock from $10 to $64 a share.

When the deal was announced, the stock fell to $35, and it was trading around $22 per share in late March. Churchill is a well-respected brand led by former Citigroup Inc. (C) dealmaker Michael Klein, but even it isn’t immune from the wild gyrations in the market. Bob Grammig of Holland & Knight discusses the possible threat to law firms posed by artificial intelligence and the growth of his firm. AppLovin has scale, but concerns about the split of ownership and the strategic fit could diminish the appeal of its bid for Unity. 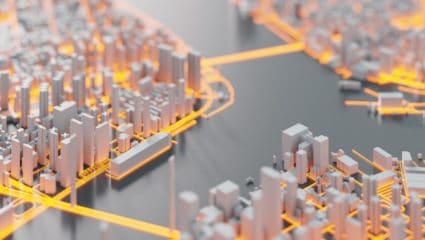 The race to connect the next 80 million homes to high-speed broadband and increased interest from infrastructure funds in fiber assets has multiples for operators on the rise.
View All From Mergers & Acquisitions
Upcoming Events
Solutions
Solutions (continued)
Contact The Deal
Tel:
1-888-667-3325
International:
+1-212-224-3069
Email:
customerservice@thedeal.com
© 2022 The Deal.